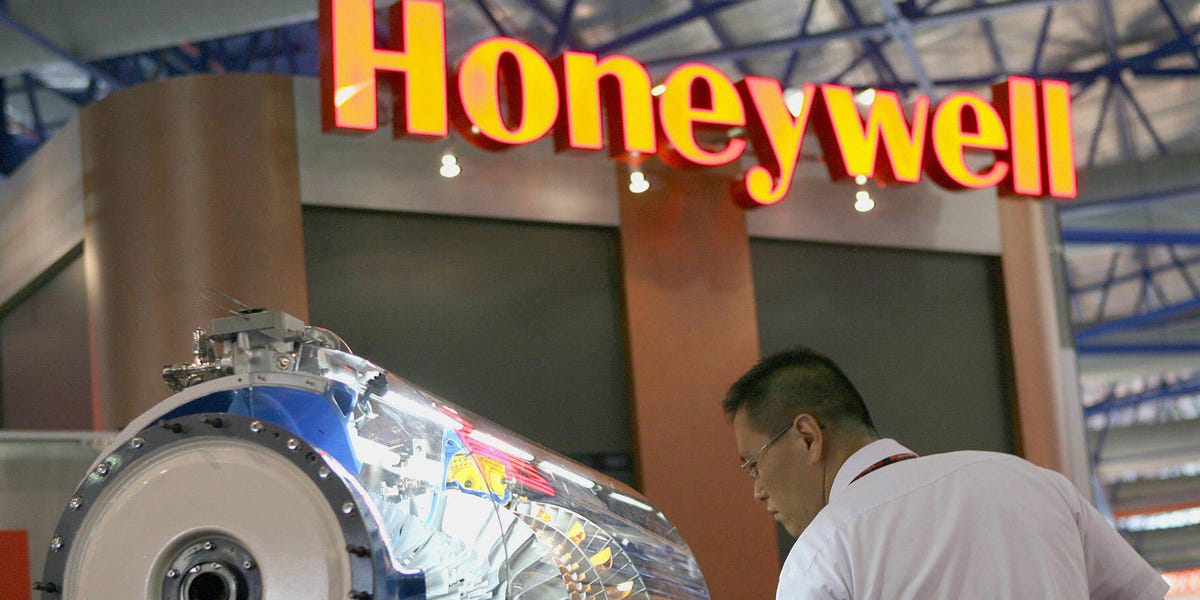 Sign up here to receive updates on all things Innovation Inc.

Companies of all sizes are trying to quickly adapt new digital tools, but the transformations needed to support next-generation technology like AI are difficult.

Many fail or are struggling to meet the hype. And there are few prominent examples of corporations that successfully pivoted to embody the popular mantra that “every company is now a software company.”

Honeywell is one of those.

The organization once famous for its digital thermostats is now gearing up to launch what is currently the world’s most powerful quantum computer.

And new digital platforms offered by Honeywell are giving building owners, aircraft manufacturers, and others new insights into their products that can help cut-costs and improve efficiency — a business model that aligns it more t0 software giants like Salesforce than industry peer United Technologies.

Leading the company in its switch to an “industrial-software” giant is CEO Darius Adamczyk. A former electric engineer who joined Honeywell in 2008, Adamczyk is betting that the pivot will not only need to happen at his firm — but at any manufacturer that still wants to be relevant in a decade.

“I dont know of any companies like us that have really transformed successfully into being very digitally oriented — both internally and externally,” he told Business Insider. “We hope to create that playbook on how to do this.”

To date, the gambit has seemed to pay off. Software offerings, for example, now account for roughly 10% of overall sales.

But there are significant headwinds on the horizon. Honeywell’s aviation business — which remained the dominant driver of its $36.7 billion in revenue in 2019 — is likely to take a hit from the ongoing grounding of the Boeing 737 Max jet.

And, like other corporations, the coronavirus pandemic is upending long-term planning. The company recently furloughed North American employees and cut executive pay. It’s also in talks for a $5 billion loan, according to Bloomberg. On Monday, during an event at the White House, Honeywell announced it would increase hiring at a second US plant and scale production to make over 20 million face masks a month.

Adamczyk said he is confident the company will manage through the crisis. And that’s in part because of its digital investments to date and the increasingly diversified portfolio of software products emerging under his tenure.

“It’s one thing to be a company leader when times are good and everything is going in your favor. It’s very different to lead during difficult conditions,” Adamczyk said. “We are a proud and resilient company, and those characteristics will help us get through this situation and come out of it stronger than ever.”

Key to Honeywell’s success, according to Adamczyk, is a bifurcated approach to the transformation led by two top lieutenants: Tim Mahoney and Que Dallara.

Mahoney is the senior vice president of enterprise transformation, which is the companywide effort to adapt digitally progressive policies like a standard data framework. And Dallara is the president and CEO of Honeywell Connected Enterprise, the arm creating the company’s external software products.

The marriage of these dual efforts makes Honeywell’s transition sustainable. “These two areas take a disproportionate amount of my time to help drive and think through,” said Adamczyk.

The company, for example, is increasingly creating new applications internally that will one day be offered to customers, according to Adamczyk, who declined to elaborate further. “We’re trying to productize that right now,” he said.

It’s also going through a major house-cleaning exercise to reduce the number of apps in use — a step other companies like FedEx also took in recent years. Honeywell went from 2,000 apps to less than 800, and filtered down its websites from 1,500 to 400.

This year, there are 30 different projects — all personally reviewed by Adamczyk prior to launch — that are focused on digitizing Honeywell from the inside. The efforts are so expansive that Adamczyk chairs an all-day meeting on the topic once a month.

“We had a little bit of a digital mess on our hands and we’re pretty far along in cleaning that up,” he said. “This is not the sexiest work in the world. Nobody really wants to do it because they are very used to using their common systems, common data sets.”

On the external side, Dallara is leading a charge to introduce new, industry-specific products that can help sectors like building management save on energy costs by automating temperature controls.

Her team is largely made up of outside hires — a departure for a company that historically put a great emphasis on hiring and promoting internally.

“That team augments the skillsets of the internal team, but really gives us a bit more knowledge, experience base within the areas of digital and software,” Adamczyk said.

The division works cross-functionally across departments, like with the aviation team on products that give aircraft operators deeper insights into flight plans and the health of the fleet.

And Dallara has broad authority to act independently — an operation Adamczyk says is more akin to a startup than the typically rigid corporate operating structure where decisions must be approved through the chain of command.

The need to micromanage

Another key driver of success is the focus by Adamczyk and other executives on monitoring the success of the ongoing projects and halting any that are not producing the desired results.

At first, for example, Honeywell sought to independently build out its IT stack — an industry term for all the different technologies in use by an enterprise. Adamczyk quickly realized it “was taking a very long time [and] it was very expensive.”

So the company pivoted and began using outside vendors. “That was a key strategic decision we made to leverage the strength of others rather than invent everything ourselves,” he said.

For Adamczyk, the experience enforced another key learning for him as a CEO leading a digital overhaul: you have to micromanage.

“You have to be willing to say we’ve made a mistake and are heading in the wrong direction,” he said. “All mistakes can be corrected as long as it can be done relatively quickly.”