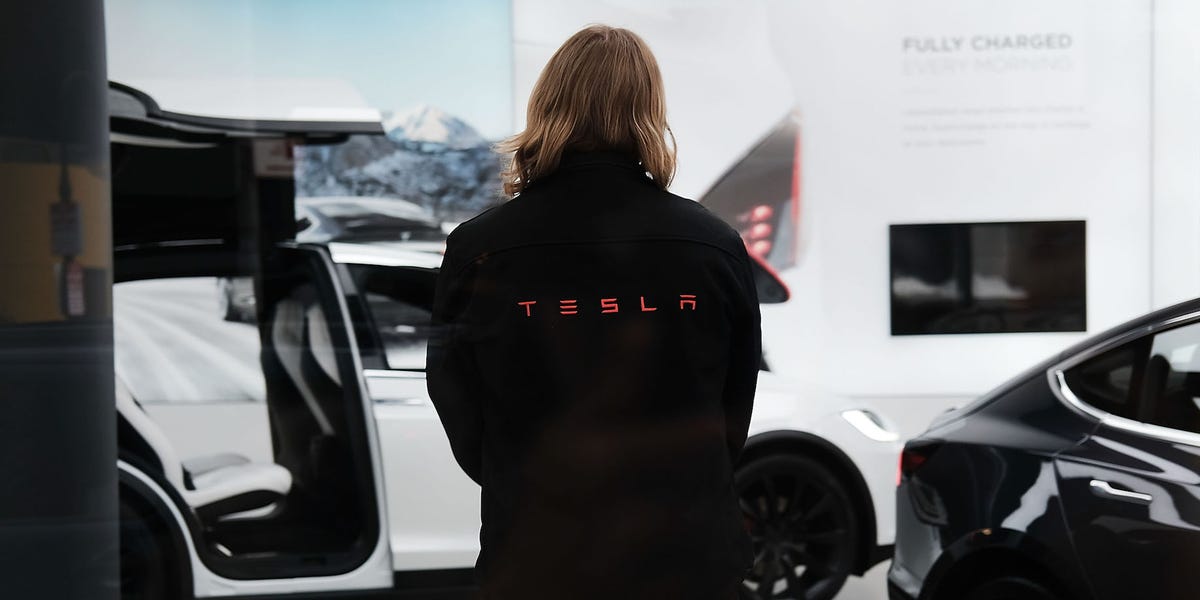 The rapid spread of the novel coronavirus has come at a particularly bad time for one Tesla service employee who’s dealing with a health issue.

After his request for medical leave was denied, he has found himself with little to do, given the work restrictions outlined by his doctor.

He’s concerned about more than aimlessness. He fears interacting with customers could expose him to the coronavirus, an especially frightening prospect given the uncertainty surrounding his health.

“I’m just worried that if I do get sick, it’s going to affect me disproportionately,” he said.

The coronavirus has thrown the global economy into crisis, forcing companies to move quickly to keep their workers safe as the virus has spread through over 170 countries and territories. Nine Tesla employees who spoke to Business Insider said they were frustrated with the electric-car maker’s response to the virus, saying it has been slow and insufficient. Each of them asked for anonymity due to a fear of retaliation from the company.

“They’re more concerned about profitability then they are about us,” a delivery employee said.

Tesla did not respond to a request for comment on this story.

Are you a current or former Tesla employee? Do you have an opinion about what it’s like to work there? Contact this reporter at mmatousek@businessinsider.com. You can also reach out on Signal at 646-768-4712 or email this reporter’s encrypted address at mmatousek@protonmail.com.

Last week, much of the attention focused on Tesla’s Fremont, California, car factory, which is located in Alameda County. On March 17, Alameda County issued an order for all nonessential businesses to cease most activity. In the days after the order, the county said Tesla was an essential business and could continue normal operations before reversing that stance. An Alameda County representative told BuzzFeed on March 18 that Tesla was no longer allowed to make cars, but that evening, Valerie Workman, Tesla’s head of human resources for North America, sent an internal email suggesting production would continue. Two workers who were at the factory that night confirmed that vehicles were made during their shift.

The next day, Tesla said it would halt production at the end of Monday. In the week before that decision, three employees said there wasn’t enough hand sanitizer at the Fremont factory, and while the company handed out masks, two said the factory was too crowded to ensure proper social distancing.

Workers at Tesla’s Nevada battery factory, one of its service centers, and three of its stores also described hand sanitizer shortages, as well as a failure to enforce proper social-distancing practices.

“There’s some customers that really respected the distance; others did not,” a salesperson who works on the East Coast said. “Even when you informed them of it, they still wanted to be in your face, got really upset if you wouldn’t shake their hand, everything like that.”

On Thursday, Tesla said in an internal email that two employees have tested positive for COVID-19, the disease caused by the coronavirus. Business Insider interviewed the nine employees included in this story before that email was sent.

Workman and Tesla CEO Elon Musk have told employees they can stay home if they’re sick or worried about the coronavirus, but that promise comes with a catch for those at the Nevada factory and the stores and service centers that have remained open (Tesla did not respond to a request for comment on whether it has closed any stores or service centers): If you can’t work from home, you have to use your PTO or borrow up to two weeks’ worth to get paid, even if you’re sick.

Some workers fear there could be more at stake than a temporary loss of income or PTO that would normally be used for a vacation. Four employees said that, despite Musk and Workman’s assurances, they were worried that if they spend too much time away from work, it might one day be held against them, though two others said Musk and Workman’s messages put them at ease.

“Say that Tesla has to make decisions about who to keep because there’s less demand,” the salesperson from the Midwest said. “In that circumstance, they would probably prefer to keep the people who kept coming when they were at risk of being sick rather than the people who stayed home.”

Amid those concerns, Musk has sent mixed messages, calling fears about the coronavirus “dumb” and predicting its impact will be smaller than some experts anticipate, while also urging Tesla employees to be alert to the dangers of even small gatherings and sending over 1,000 ventilators to California.

“I really think he’s not taking this to heart and not paying close attention to how this could affect everyone,” the delivery employee said. “I think he’s really been dismissive about this huge crisis.”