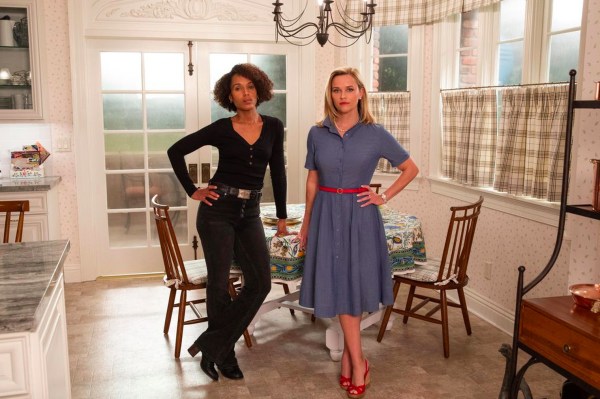 “Little Fires Everywhere,” a new miniseries on Hulu, can be hard to watch.

Based on Celeste Ng’s novel of the same name, it takes place in the planned community of Shaker Heights during the 1990s, where the arrival of artist Mia (Kerry Washington) and her daughter Pearl (Lexi Underwood) sets something into motion that (we’re told in the opening scene) will eventually result in a fire that burns the lavish home of the wealthy Robinsons to the ground.

While the show has plenty of distinctive characters, it centers to a large extent on the prickly relationship between Mia and Elena Richardson (Reese Witherspoon). Every scene between them feels fraught, as Elena’s awkward and condescending attempts to prove that she’s a good person (and a not racist) are repeatedly rebuffed.

For reasons that it would be too spoiler-y to disclose here, the two of them eventually find themselves in conflict, and their children, along with Elena’s husband (it’s genuinely mind-blowing to see Joshua Jackson — Pacey from “Dawson Creek” — as a 40-something dad), get pulled in as well.

On today’s episode of the Original Content podcast, we review “Little Fires Everywhere,” laying out all the ways that the show’s initial episodes impressed us. We also offer some general recommendations for what to stream while you’re stuck at home.

You can listen in the player below, subscribe using Apple Podcasts or find us in your podcast player of choice. If you like the show, please let us know by leaving a review on Apple. You can also send us feedback directly. (Or suggest shows and movies for us to review!)

And if you’d like to skip ahead, here’s how the episode breaks down: