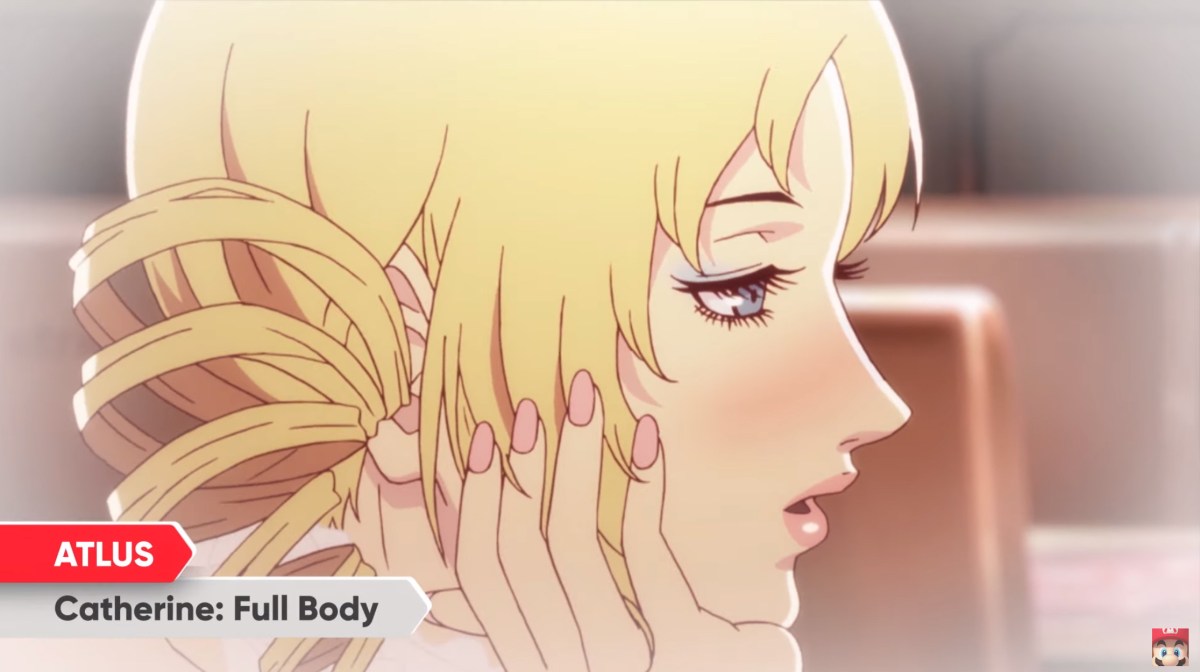 Nintendo revealed during its Direct Mini presentation today that Catherine: Full Body is coming to Switch on July 7.

Full Body is a definitive edition release of the Atlus puzzle game, which debuted in 2011. The original version sold over 1 million copies, which is good for a niche game from a niche publisher. Fully Body first released out in 2019 for PlayStation 4 and Vita, featuring some gameplay tweaks and new story content.

Atlus is best known for role-playing games like the Persona series. While Catherine is something different, a puzzle game involving pushing and climbing blocks, it still features an extensive story.

This is also a game about things like adultery, so it’s a pretty mature title for the usually family-friendly Switch.